Windows 10 is just around the corner, and it promises a lot for small businesses. This article examines the multitudinous benefits associated with Microsoft's latest OS. Learn why you should commit to choosing to this new OS the moment it becomes available." /> tablet

There are a number of major IT consulting firms that are in the process of putting together their consulting packages, so that they will be able to advise their clients on how to best exploit the features and numerous advantages of Windows 10. Microsoft is abandoning their traditional approach of unveiling a new operating system every three years in lieu of Windows 10, an operating system that they plan to keep in play for much longer that the normal three-year period.

The manner in which they plan on facilitating the prolonged deployment of this particular operating system is through monthly updates that can be downloaded and implemented into the system in a seamless fashion. This new approach is meant to create a progressive and dynamic OS that is always at its best. This should be great news for businesses who are normally concerned with OS system changes, because of compatibility and security issues.

An OS Ideal for Business

In 2009, Microsoft presented a highly functional OS in Windows 7, which served to cause everyone to forget about that one blemish on their impeccable record — Windows Vista.

Although Windows 8 definitely increased proficiency for businesses, there are some who believed it robbed professional users of some of the functionality that is essential for businesses to remain competitive in their respective markets.

With Microsoft limiting information about this new release and its new features, many businesses have been left scrambling to gather information that will help them make an educated decision on whether it will be worth going through the hassle of making the necessary changes to upgrade to Windows 10.

Historically, businesses have not been as open to changing operating systems as private individuals, and much of this has to do with system compatibility and security; however, the evolution of business computing means that changing operating systems will not be as much of an issue as it has been in the past. With most businesses slowly transitioning into cloud-based computing, on-site equipment and computing has been minimized and simplified. The Windows 10 OS will be compatible with the cloud-source computing that most businesses are currently using, meaning that switching will not be a hassle at all.

What is nice about this latest OS rollout by Microsoft is the fact that service-based programs and systems actually make it easier to implement the new operating system. A business can contact a Managed IT Service Provider to discuss the options that are available to insure that they are able to fully exploit the exceptional advantages that are available with Windows 10.

One of the concepts that is receiving a significant amount of attention with this new system is the virtual desktops, which allows an IT professional to customize each desktop to accommodate the manner in which it will be used. For instance, one desktop can be set up with all graphic applications, while another can be set up to accommodate multiple accounting programs.

The new system will also have an enhanced search function that can be initiated directly from the task bar. What will be great about this search feature is that it has the capacity to search beyond files that are located on the system hard drive, it can literally search the web for relevant results.

The new program also removes the limitations associated with native apps — those apps downloaded from the Windows Store. On Windows 8, native apps only operate in full-screen mode, or in split screen mode on Windows 8.1, meaning that the capacity to work on multiple apps simultaneously is immensely limited. However, the Windows 10 version removes those limitations, allowing complete resizeability and positioning. This is immensely vital to the productivity and efficiency for businesses.

The functionality alone will make the switch worthwhile for virtually every business; working with a Managed IT Services Provider will ensure that the business will be able to maximize the benefits of Windows 10 for their company. 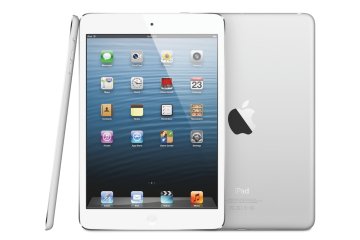